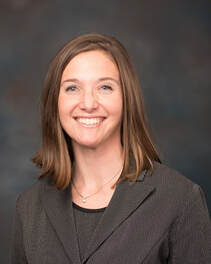 Jeanne Briganti, a Foreign Service Officer specializing in public diplomacy, is the Liaison to the Department of Defense for the Bureau of Educational and Cultural Affairs’ Office of International Visitors.  Assigned to the Office of the Assistant Secretary of Defense for Public Affairs (Community and Public Outreach), Jeanne is responsible for the DOD components of the International Visitor Leadership Program.  She recently concluded a two year detail as Senior Advisor to Global Ties U.S., an NGO partner of the Department of State whose network of community-based member organizations (such as World Partnerships) implements the IVLP in nearly 85 cities across the United States.   Since entering the Foreign Service in 2002, Jeanne has served overseas at U.S. missions in Kingston, Krakow, Warsaw, and Vancouver, in addition to Washington assignments in the Bureaus of European and Eurasian Affairs (Public Diplomacy desk officer for Central Europe) and Intelligence and Research (Watch Officer).  A native of Brooklyn, NY, Jeanne speaks Polish and has a B.A. in International Politics from The Catholic University of America and a M.S. in National Resource Strategy from National Defense University’s Eisenhower School of National Security and Resource Strategy.
Click to Return to World Partnerships!