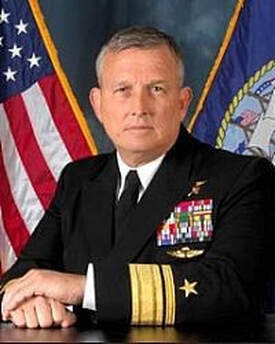 Rear Adm. Winters was born June 26, 1956 in Hanover, N.H. In June 1960, his family moved to Largo, Fla. He graduated from the University of West Florida in Pensacola in May 1979 with a Bachelor's of Science degree in Biology and Chemistry.

He worked as a marine biologist for the Environmental Protection Agency for a year before attending Officer Candidate School in Newport, R.I.  After his commission as an ensign in the U.S. Navy, he reported to Basic Underwater Demolition/Sea, Air, Land (SEAL) training in Coronado, Calif. He graduated with Class 112 in May 1981 and received further specialized training in the SEAL Delivery Vehicle.

In October 1981, Winters began his career as a SEAL by reporting as platoon commander to Underwater Demolition Team (UDT) 22 in Virginia Beach, Va. UDT 22 was disestablished and he became a plankowner of the newly-established SEAL Delivery Vehicle Team 2 before he transferred in December 1983 to Naval Special Warfare Development Group (DEVGRU) in Dam Neck, Va.

Winters returned to DEVGRU in February 1995 as the current operations officer and then the operations officer until March 1998 when he assumed command of SEAL Team 4. During his assignment he deployed to Bosnia-Herzegovina as the deputy commander of the Combined Joint Special Operations Task Force for four months. Departing SEAL Team 4 in March 2000, Winters returned to Bosnia-Herzegovina for a one-year deployment as commander of a joint task force.

In May 2001 Winters reported to JSOC at Fort Bragg, N.C., serving as the deputy operations officer. During his tour of duty he deployed four times with joint task forces in support of Operation Enduring Freedom (OEF), including one deployment as commanding officer. In August 2003 he returned to DEVGRU and took command. During his tour of duty he deployed four more times with a joint task force in support of OEF. Following his command tour, he was assigned in January 2006 to USSOCOM as director, Interagency Task Force at the Center for Special Operations. From April 2007 to June 2008 Winters deployed to Iraq as commander, Iraqi National Counterterrorism Force Transition Team.